Pompeii and Herculaneum Tour from Rome

If you love history and want to feel the atmosphere of ancient Rome, the Pompeii and Herculaneum tour is the one for you! 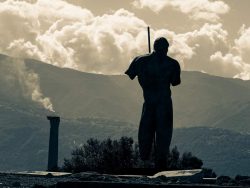 Among the tours from Rome including a visit to the ruins of Pompeii, this tour of Pompeii, Herculaneum and Sorrento is undoubtedly the most complete for those tourists who want to have a view of the destruction  in 79 AD.

Tiber Limousine Service driver will pick you up at your hotel or apartment in Rome at 7:30 am and will drive first of all to Pompeii to let you visit the ruins of the most famous ancient Roman town destroyed by the eruption of Mount Vesuvius. He will take you to Porta Marina and from there you will first see the Forum, followed by the Temple of Apollo.

In about two hours you’ll see the most important attractions in Pompeii. You can obviously decide to spend more time visiting Pompeii ruins if you wish because a whole day wouldn’t be enough to explore the entire archaeological area. 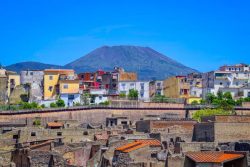 It’s now time to reach Herculaneum, the last stop of this wonderful day out of Rome. Herculaneum is smaller and less famous than Pompeii but actually the buildings are better preserved in Herculaneum than in Pompeii. From the entrance you can have an overview of the entire archaeological site with the Fornici just in front of you. Walk then the to the Casa dei Cervi, so called because of the two statues of deer attacked by dogs. Are you thirsty? The Taberna di Priapo is waiting for you. Imagine how it was this ancient Roman trattoria, full of people eating and drinking. Also worth visiting are the Terme Centrali, the main baths in Herculaneum.

Leaving Herculaneum at about 5:30pm and back to your hotel or apartment in Rome.

Are you passionate about Campania? Also try Naples limo tour!

After Pompeii and Herculaneum, your private driver of Pompeii limo tour will drive towards the coast of the Sorrento Peninsula coast to reach the beautiful tourist town which gives its name to the peninsula.
If you prefer, instead of Sorrento you can visit Naples or the Amalfi Coast.